While the decision to select Rheinmetall as the successful builder of Land 400 is a setback for Geelong and Victorian industry, it must be kept in mind that other defence projects will offer future opportunities for industry. GMC will continue to work with Geelong Defence Alliance to pursue these.

RJIP funding of $20m towards 21 projects was announced in January. Of this 14 ($12m) were across manufacturing projects. Congratulations to members receiving funding including Flat Glass Industries, Emu Australia and CMTP. Announced as part of the funding was $5m to Lemond Composites Pty Ltd to support carbon fibre manufacturing. 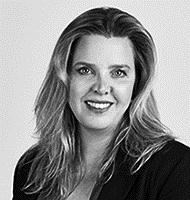 In February Emmy McKenzie joined our team as newly appointed Relationship Development Manager. Emmy made a formal introduction at the February Members Meeting, and since then has been able to visit many of our members as part of a personal introduction tour.

Emmy will be a direct point of contact for existing members and new members, as she is tasked with retaining and growing our membership base. In addition, she will be taking over from Jenny Perks as project manager of the Leadership for Manufacturing Excellence program.

Emmy has lived in the Geelong/Bellarine region since 2000, and brings a strong International background in B2B, Technology and Industrial Marketing and Communications to the team. She is also passionate about our region and its capabilities, and looks forward to assisting members in promoting our excellence in innovation, technology and capability across all our stakeholders and audiences. We trust that all of our members will welcome Emmy to the fold. She can be contacted via email: emmy.mckenzie@geelongmanufacturingcouncil.com.au or via mobile 0447 633236